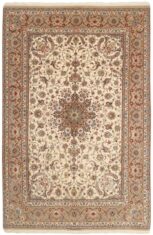 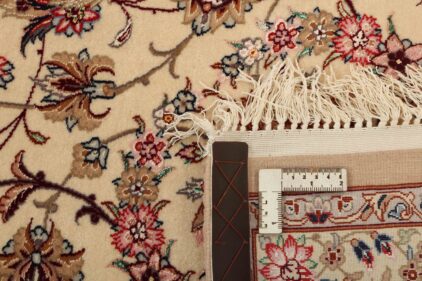 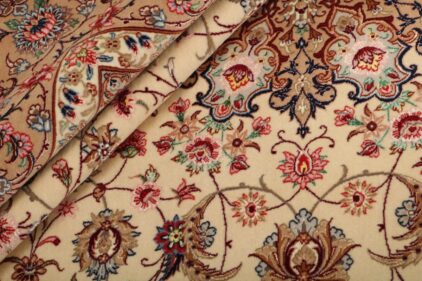 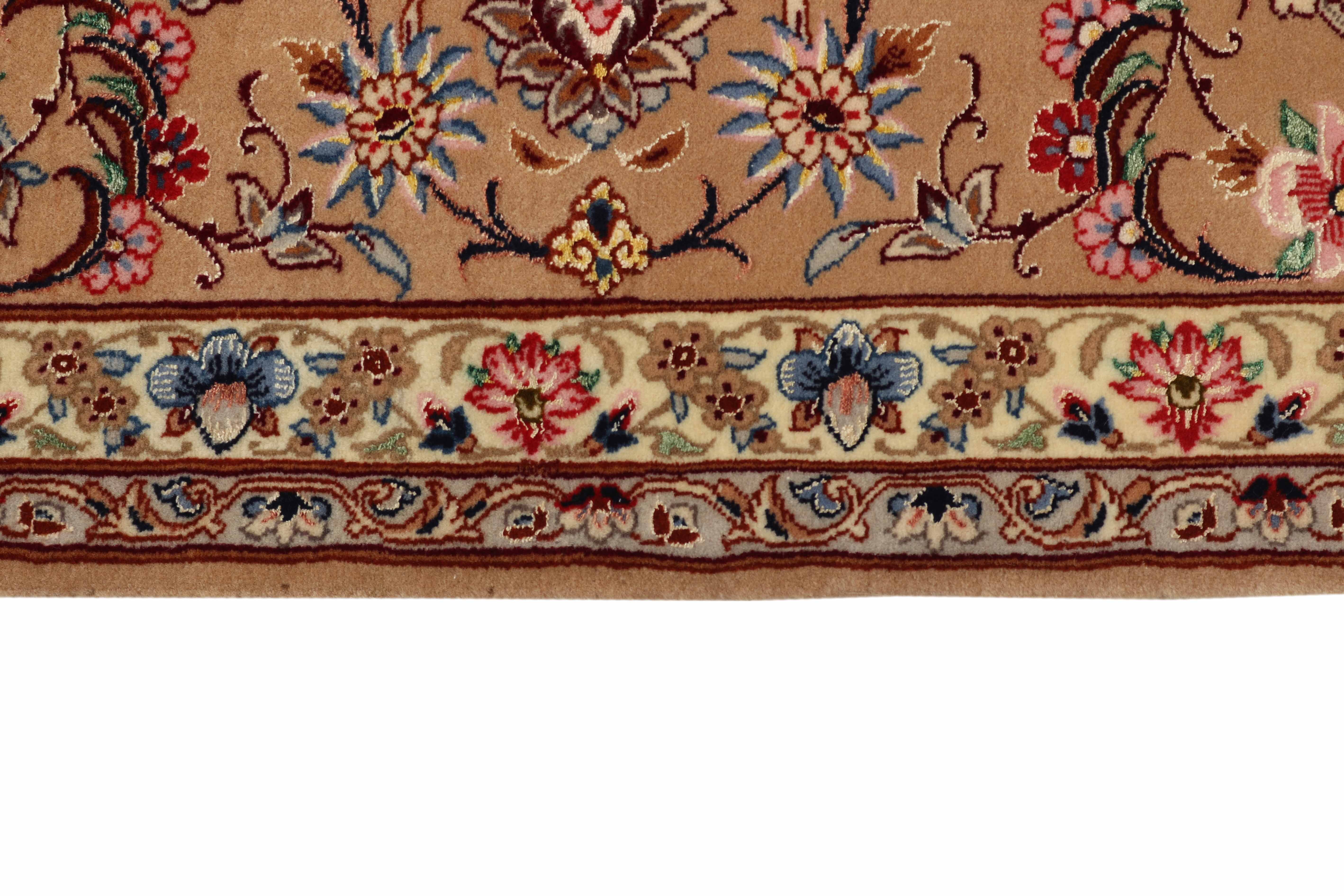 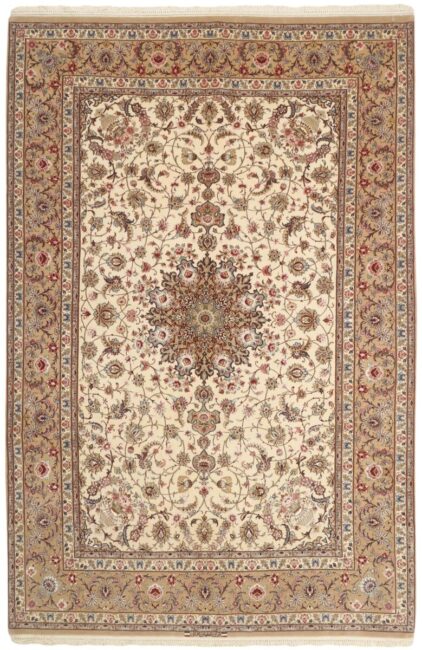 Isfahan is an old city, but it gained prominence during the Safivid dynasties of 16th and 17th centuries. The most famous Safavid was Shah Abbas, who founded the capitol in Isfahan. Famous monuments include the Maidan-i Shah Square, where polo matches were played in front of the regents, long before the English “invented” polo. The square is now on the UNESCO list of cultural heritage sites that must be protected. The Ali Qapu Palace was the royal palace from which the square could be observed. Across from this lies the beautiful Imam Mosque. A Persian proverb describes Isfahan as “half the world”, and in earlier times it was a world city of artists and philosophers. The population is now 1,6 million. Many rugs from the 16th and 17th centuries, which are now in museums, are believed to be from Isfahan, and the city is still famous for its rugs. The patterns are often copied from old rugs, while tile and mosaic work also inspires the knotters. The knotting is medium to fine and the older rugs have cotton warp and weft, while silk threads in newer rugs replace these. The pile of many newer rugs is “cork” – velvet like wool, traditionally from the first shearing of the lambs. A newer tendency is knotting of image rugs, often with scenes form Omar Khayyam. The village of Najafabad in western Isfahan knots coarse rugs, often in large sizes. The Isfahan rugs themselves are produced in all sizes, with the smaller ones often being finely knotted. The colours are typically fine and bright.