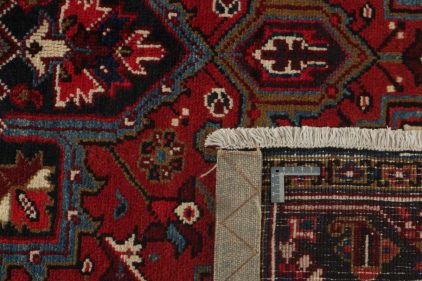 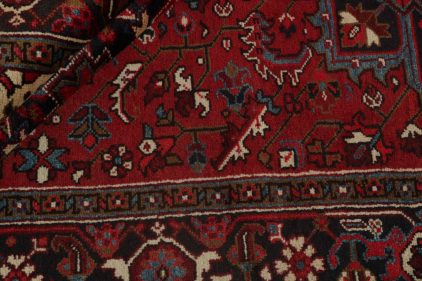 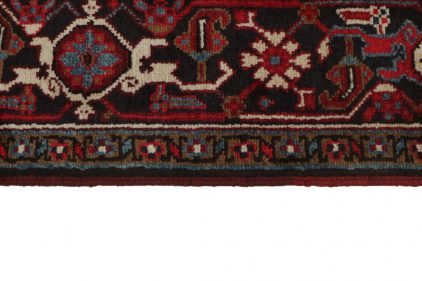 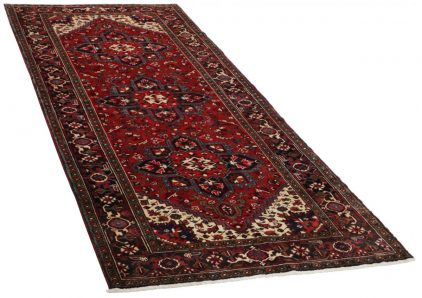 Heriz rugs are Persian rugs from the area of Heris, East Azerbaijan in northwest Iran, northeast of Tabriz. Such rugs are produced in the village of the same name in the slopes of Mount Sabalan. Heriz carpets are durable and hard-wearing and they can last for generations. 19th century examples of such carpets are often found on sale by major auction houses in United States and Europe. Part of the reason for the toughness of Heriz carpets is that Mount Sabalan sits on a major deposit of copper. Traces of copper in the drinking water of sheep produces high quality wool that is far more resilient than wool from other areas. The Heriz Carpet is the only carpet in the world where stories of the Old times are woven. Heriz rug weavers often make them in geometric, bold patterns with a large medallion dominating the field. Such designs are traditional and often woven from memory. Similar rugs from the neighbouring towns and villages of the Heriz region are Afshar, Mehraban, Sarab, Bakhshaish, and Gorevan. The grades of these rugs are primarily based on village name. Serapis, for example, have been considered the finest grade of Heriz since the beginning of the 20th century. 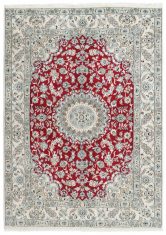