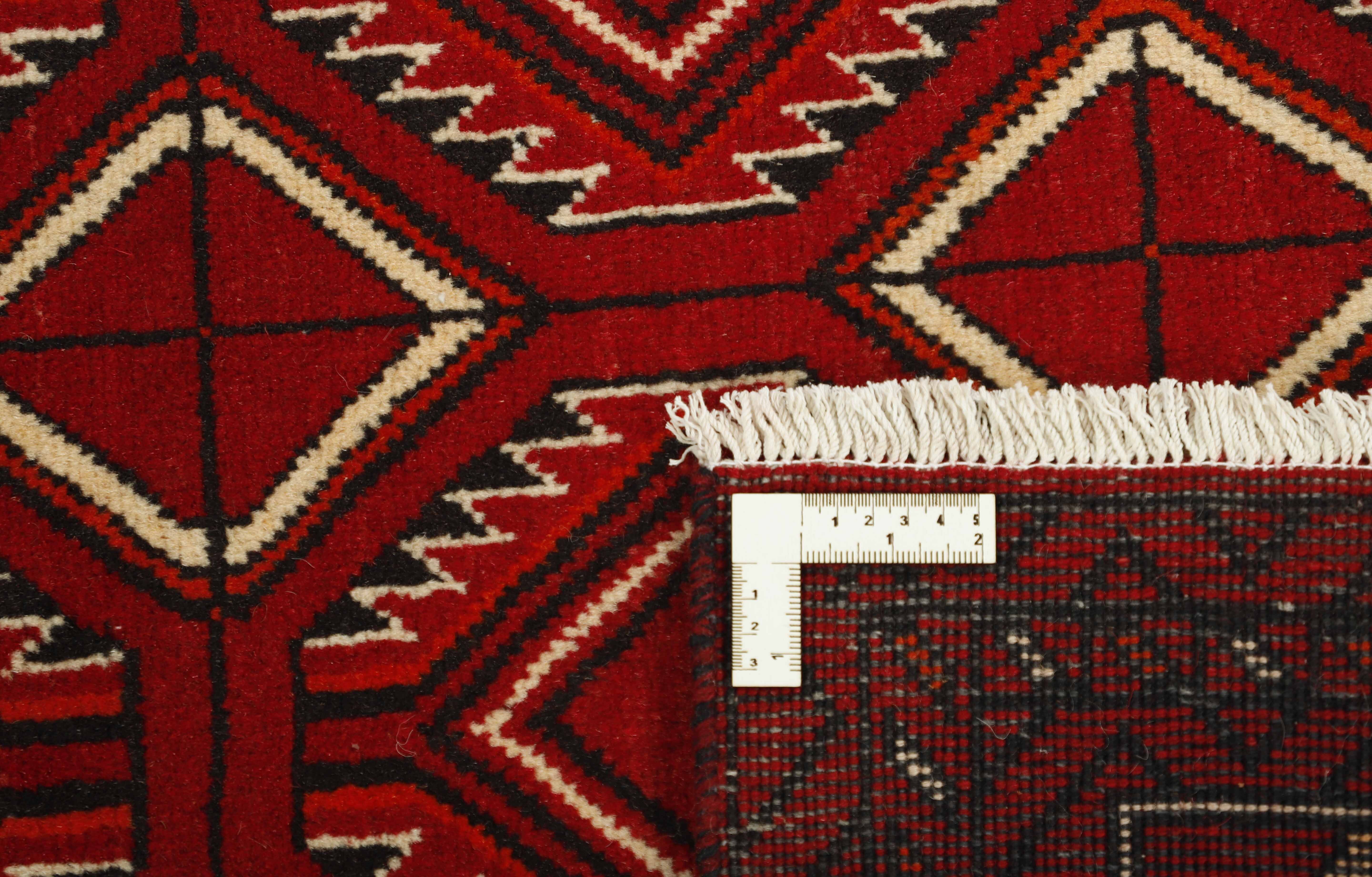 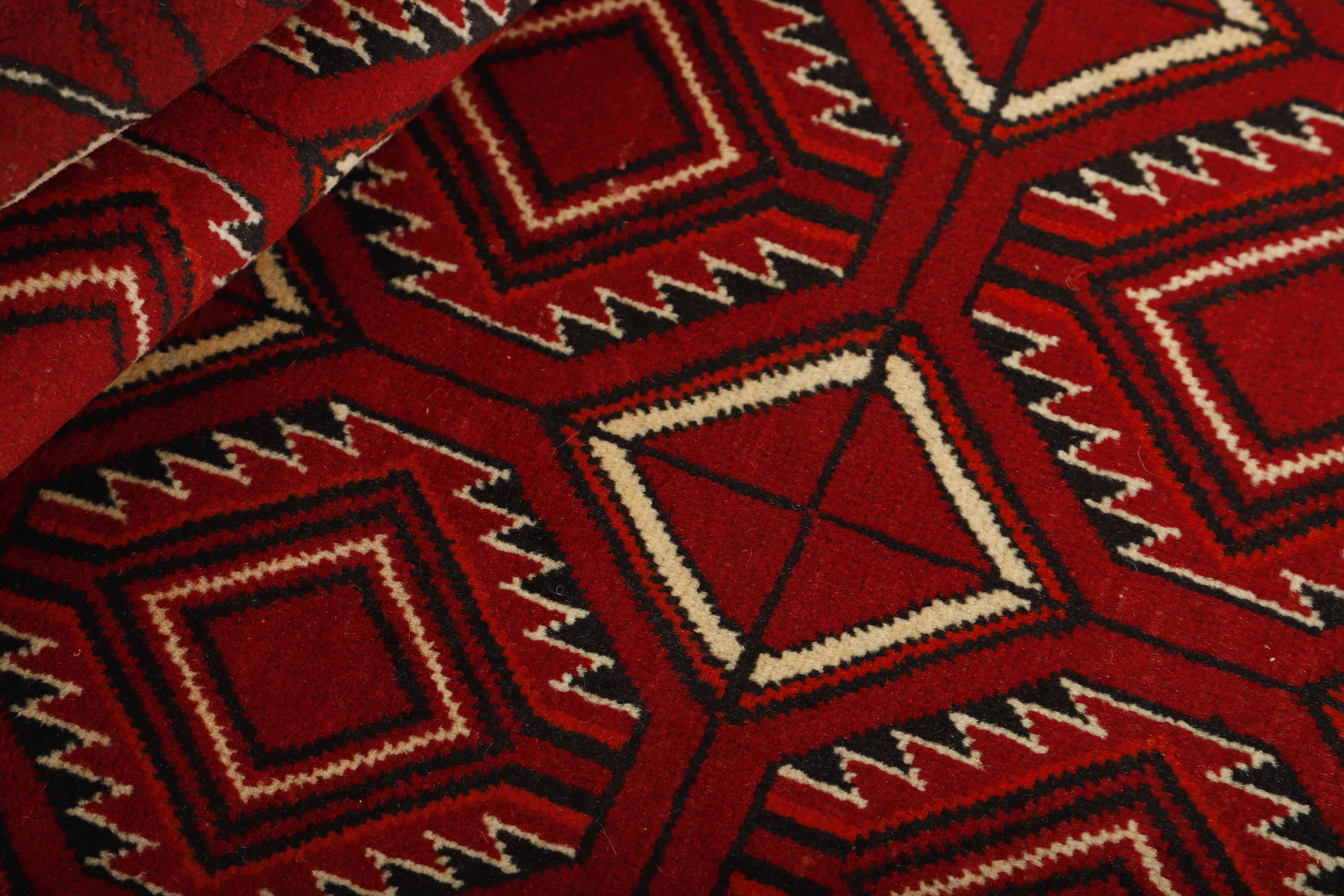 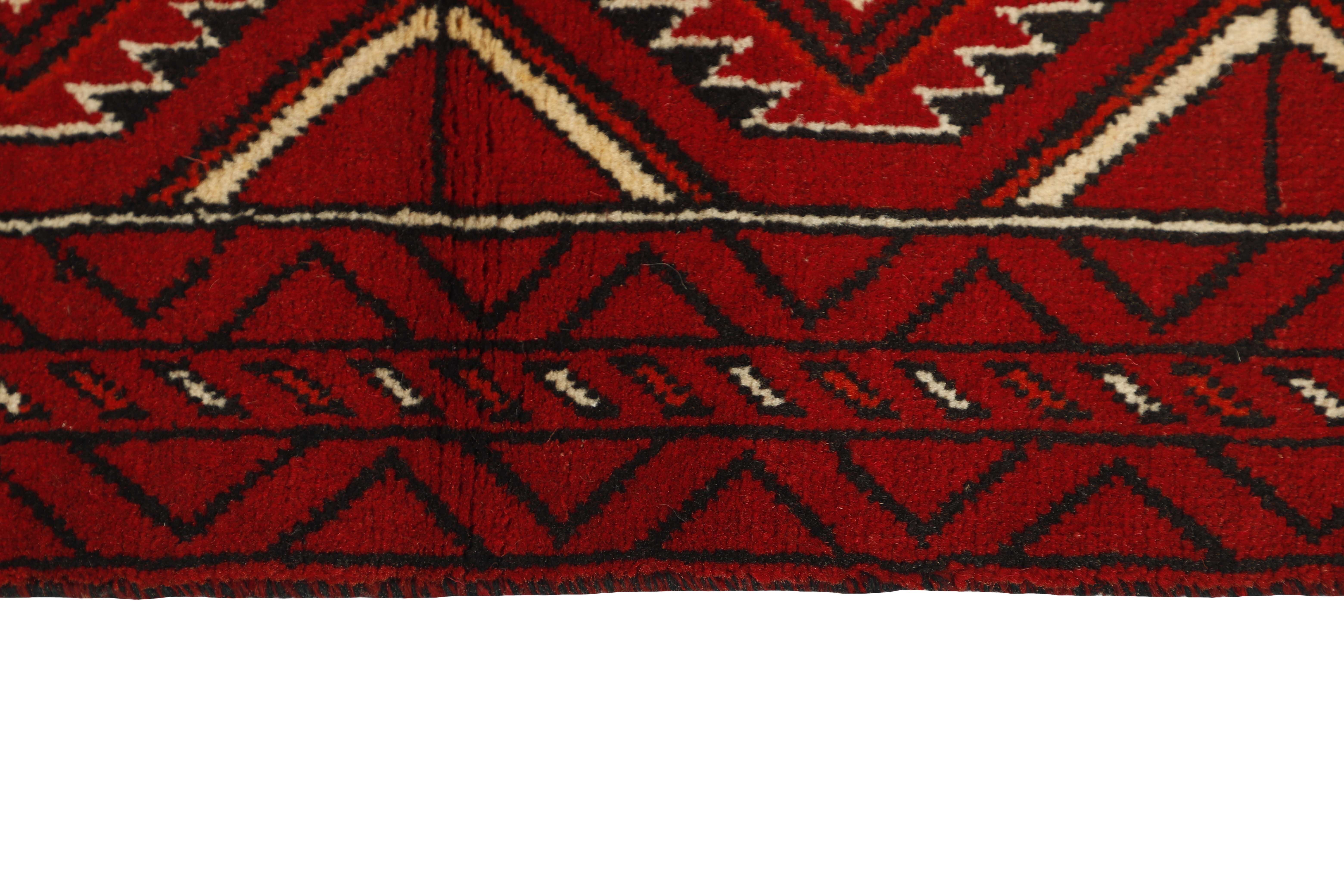 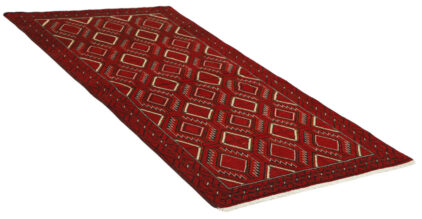 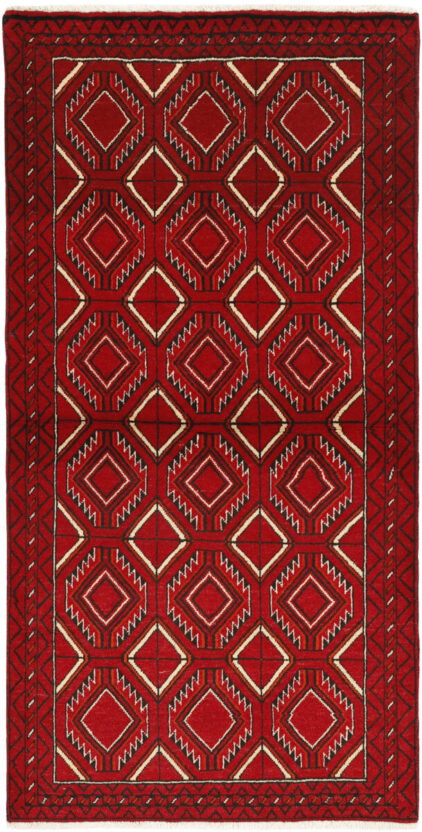 The Balouch tribes are spread across a vast area in eastern Iran and constitute a significant part of the population in Pakistan and Afghanistan. Although Baluchistan is situated partly in Pakistan and partly in the south-eastern Iranian province of Sistan, Balouch rugs are not produced in Baluchistan but in the north-eastern Khorasan province, where about 12 tribes knot rugs. The rugs are sold in Mashad, Turbat-e-Haidari, Naishapur Birjand, and Zabul. Like all nomad rugs, the Balouch rugs are small, most of them being prayer rug sized. Prayer rugs are actually very common; the arches are always geometrical, as if two rectangles had been cut off the corners of one end. Kurdish and Turkmen tribes, whose territories border the area, influence other patterns. Sometimes, the patterns also consist of birds and people. The most common colours are deep red, dark blue, and white. The rugs are usually 100% wool. The knotting is generally very fine, and often brocade Kelims are embroidered at one end. 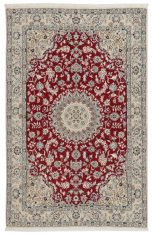 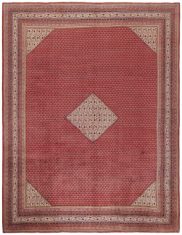