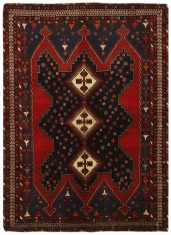 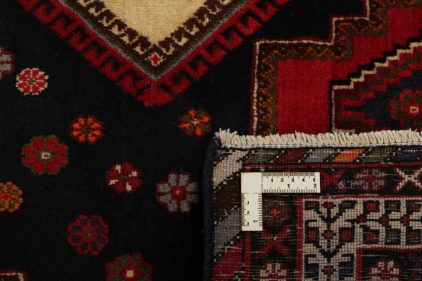 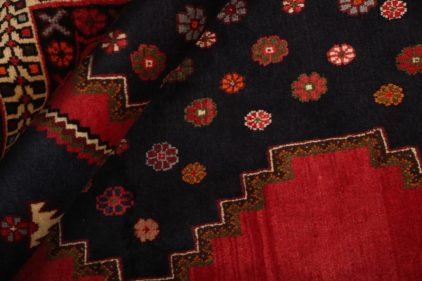 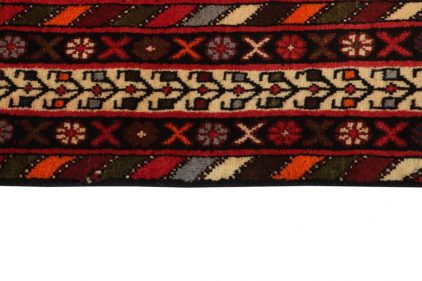 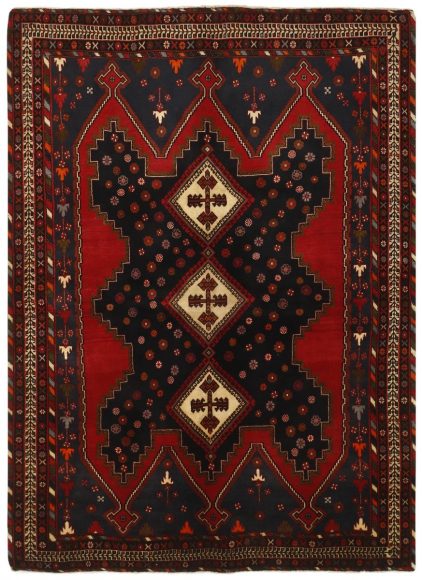 The Afshar are one of the most important nomadic tribes in Iran. The most famous member of the tribe was Nadir Shah, an 18th century king who fought an Afghan rebellion to defeat Delhi and return the Peacock Throne and other treasures to Iran. Nowadays, the Afshar keep a low profile and are mainly famous for their rugs. These are classified according to the names of the cities where they are sold. The most important of these are Shahr-e-Babak and Sirjan, , which are situated west/south west of Kerman, in south-eastern Iran. Sirjan was a very important city in the 10th century, and some ruins can be seen today. All Afshar rugs have a wool pile, while the warp and weft are usually cotton. Sirjan rugs have a medium density and are rigid and firmly knotted. The patterns are simple; a pattern covering the entire rug, or large hexagonal medallions and three rhombus shaped medallions in a central axis. . Deep blue and red are dominant. Most Sirjan rugs are the size of a large Dozar. Shahr-e-Babak rugs are finer and more flexible. The patterns are geometrical, very inventive, and often decorated with animals or birds. A wide range of colours is used. 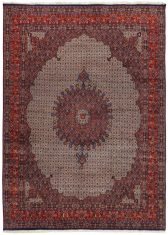 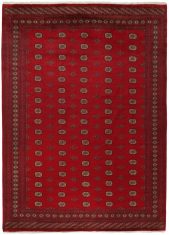 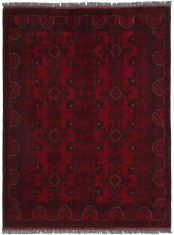